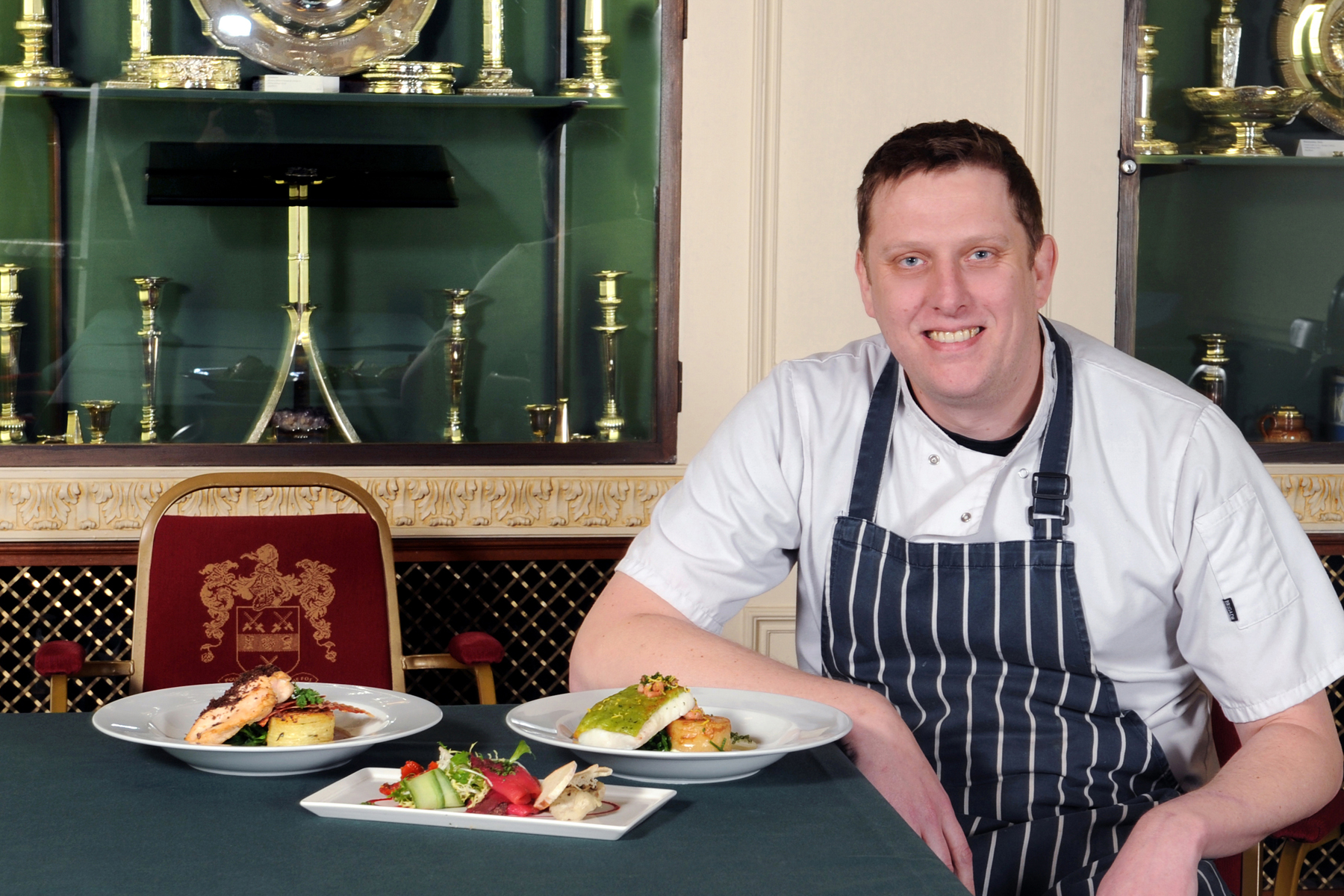 Jamie Whiteley cooks in the most impressive building in Sheffield – but he nearly ended up toiling over bunsen burners instead.

The head chef at Cutlers’ Hall planned to be a chemist but found that food had more of an appeal.

I was originally planning to be a chemist but working in kitchens lit my fire; I enjoyed the buzz and worked my way up learning on the job in good hotels and restaurants, said Jamie, who previously worked at The Old Vicarage, Ridgeway, and the Case Hotel in Chesterfield.

He added: The Cutlers Hall is thousands of square feet steeped in the history of this region. It is the most impressive building in Sheffield once you get through those stainless steel doors it is a treasure trove of our heritage.

Head chefs at Cutlers Hall need to be able to adapt as it serves up fine dinners for all manner of functions, from weddings to corporate days, small bespoke dinners, as well as the famous Company feasts that have been running annually. This year is the 380th event.

There were once 250 people booked in for dinner when gas to the kitchen was lost just hours before, and the menu had to be completely scrapped.

Jamie said: We talked to the dinner organisers adapted the menu and the dinner went on as planned. This may sound relatively easy but my life was essentially turned upside down. In the first instance, it was a nightmare but I really enjoyed turning it round finding a suitable menu to cook on the few electric appliances I had available and then putting the whole thing together in very short order. I wouldn’t want to do it every day but challenges like that add spice to life.

When it comes to eating rather than cooking Jamie tends towards seasonal and local dishes, favouring stews and pies in winter, then lighter dishes in the warmer months.