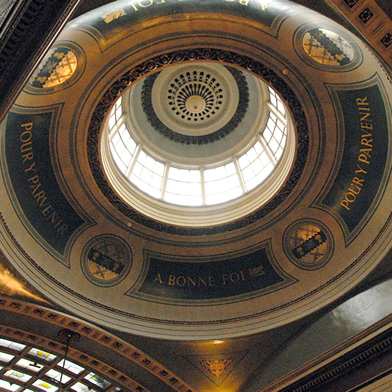 A Sheffield tradition which has run for nearly 400 years is to be maintained with a ceremony to install the Master Cutler.

Craig McKay will become the 377th Master Cutler at Cutler’s Hall later, followed by a service at the cathedral.

The city has a long-held reputation for metallurgy and steel-making, with the Cutlers’ Company founded in 1624.

At 45, Mr McKay is CEO of Sheffield engineering firm Evenort Ltd and one of the youngest ever Master Cutlers.

He will succeed David Grey MBE as Master Cutler, having been Senior Warden at the Cutlers’ Company for the past year.

“What we do has to be relevant to the business context in which we now work, but with an eye to the traditions and heritage which are an essential part of the Company,” Mr McKay said.

“I see our education programme as something we will continue to develop and this year, for the first time, we will be leading a Trade Mission in conjunction with the South Yorkshire International Trade Centre.

“We have chosen Alberta, Canada. It has vast natural resources [which] we have the skills and expertise to utilise.

“It is a perfect match and I have high hopes that it will bring work to the Sheffield City Region.”

A Cutlers’ Company spokesperson said the body was formed in 1624 “to protect the city’s craftsmen and their craft, ensuring marks were registered, apprentices engaged, blades correctly made and the rules of business adhered to”.